Our camping trip was amazing.  We met some people, including someone (who shall remain nameless) that I never in my wildest dreams would have imagined meeting at a little tiny camp out in Northern Arizona!  We also met several Arizona heathen families, some wonderful New Mexico heathens, along with a fellow mead maker/brewer, and lots of other people, all of whom were talented and giving of their time and skill.  It was, all in all, a lovely weekend.

We got an incredible amount of rain!  Mr. TF and I were married in Grand Caymen during Hurricane Michelle in 2001.  I don’t think I’ve experienced sustained rain with winds like what we had on Friday since we were in the hurricane!  People’s tents got filled with 2 feet of water!  A few tents collapsed!  We were luckier – we were camped out farther from the common ramada, but on not such a steep slope and thus avoided some of the problems others had (and that was purely by chance, I assure you).  We did get water in the tent, but it was because the wind was blowing the rain horizontally and it lifted the rain shield, allowing rain into the tent.  Not so bad, though.  Only one half was actually wet (with about an inch of standing water in places) but most of our stuff was still in the plastic totes and thus dry.  Most importantly, our bedding remained mostly dry (yay wool!) and we were cozy every night.

I took not a single picture.  In fact, our phones remained either in the truck’s glove box or charging with the solar charger on the hood.  We were pretty much technology free during our 3 days there.  I didn’t miss it much either.  I did notice I had missed a phone call from someone very important when I finally picked up my phone around 10pm on Friday night – luckily said person also sent an email and I spent an agonizing 15 minutes trying to sign into my email and waiting for his letter to load…but it was good news and well worth waiting for.  Mr. TF and I drank two drams of scotch each (LaPhroaig) to celebrate, and sat outside in the beautifully clear night, watching the meteor shower and the stars.  Other than sharing the good news with family and close friends the next day though, no phones for either of us.

I did NOT win the antler handled, hand forged skean dhu I had hoped to bid on….I was too busy running my mouth visiting and missed the auction for it entirely!  Ah well, not meant to be I guess.  There will be others.

All the crap that has gone on since January…if it all hadn’t gone down the way it did I never would have met any of these people, at a time and a place in my life when I really NEEDED to meet them.  I humbly apologize to the Universe.  Things do in fact happen for a reason.  And sometimes wyrd/karma takes really some really strange twists to get us where we are supposed to be and in contact with those we are supposed to know.

But now, home for nearly a week, I am like a caged panther.  I’m not particularly good at waiting.  But wait I must.  I guess the Powers are making sure I get some actual rest time in before I start my new job with its associated stress and all consuming lifestyle (if my fellow workers are any judge, that is).

Maybe some time to knit while I pet the cat….

Or knit while I chat with friends….

Or knit while I get this amazing craphole of a dirty house back into shape 🙂  Are you sensing a pattern here?  Of course, I also have wool tweed on the loom I need to weave off to make a vest with, and POUNDS of alpaca and wool to spin up – including a commission for lace weight suri yarn.

I’m behind on holiday gifts too…

Yep, waiting is hard, but I think I might be able to fill my time. 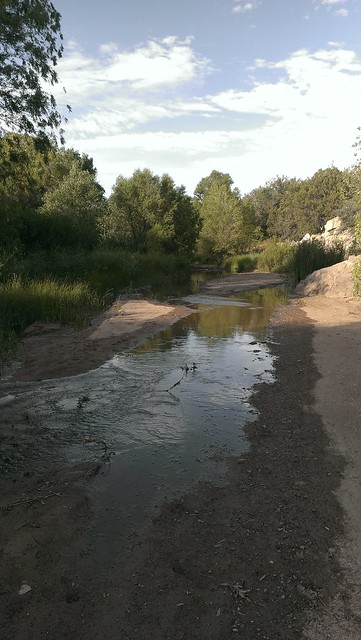 This is on public land near my house.  Once, you could literally drive down into the creek bottom and to the other side; the state put up steel fencing and a sort of gate system that one can only walk through and the site has recovered in the years since.  The water runs year round, an unusual thing in the desert – this is not as low as it gets, but it’s lower than it was when we were getting storms daily. 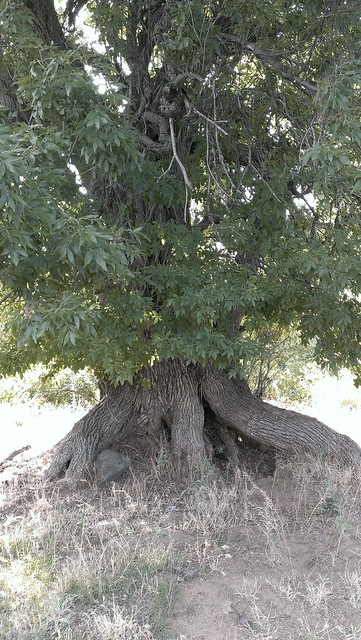 The roots of one of the Arizona Walnut trees near the water line.  You can see the erosion from when the water gets high in the spring.  All of the trees have fruit this year; I plan to come back and do some harvesting for our own stores soon. 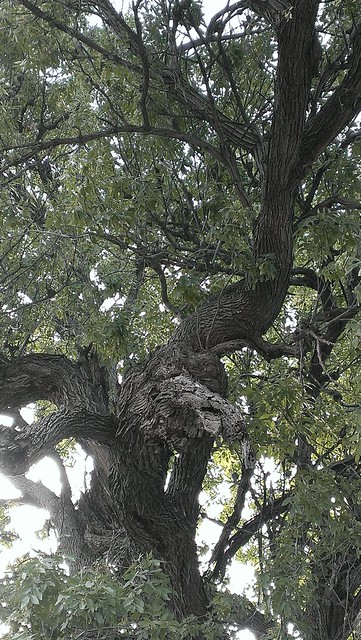 Branches:  you lose some, you grow some more.  Lightning is a thing here in the desert, as I’ll show you. 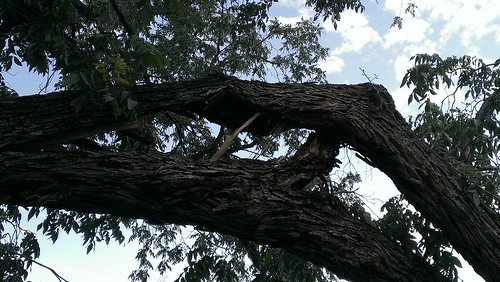 If you look closely at the top half of this limb you can see the black from the fire the lightning started. 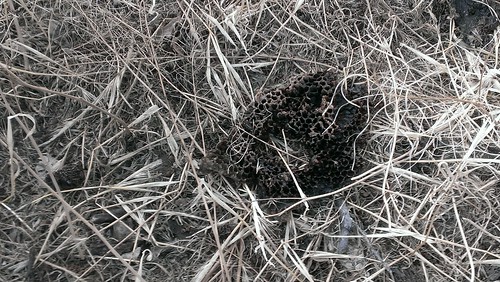 The remains of a honeycomb that fell out after being burned.  The entire creekbed had a low hum from the thousands of bees busily gathering pollen and nectar from the riot of flowers everywhere.  The sunchokes were taller than we are, and the peppery smell of the nitrogen fixing plants’ blooms permeated the air.  ETA One was vetch, a desert variety that seeds everywhere it can get a little moisture. 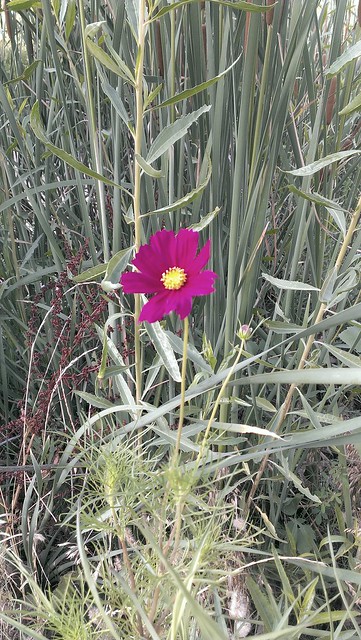 A lovely flash of color among the greens 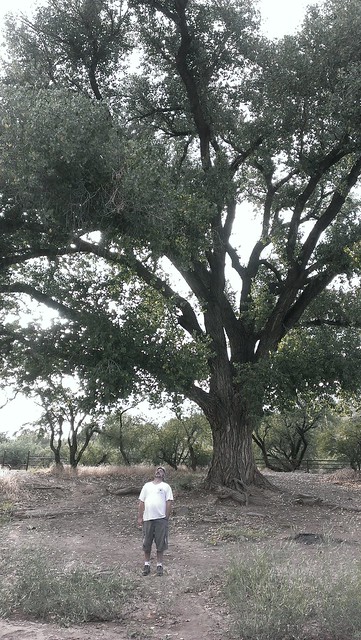 Mr. TF for comparison of some of the trees’ size.  I love our desert home.  Unlike the Midwest, our greens are mainly subtle, and oases like this are hidden unless you know they are there.  It’s a truly magical place filled with life of all sorts.

That would be me, currently.  Just hanging there.  Waiting for a decision.

Time is running out, I have been in this limbo for six months now.  I need a decision soon.  Events have conspired to force a decision.  Hopefully it’s a positive one, or at least a neutral one.  Anyone who feels motivated, please light a candle/say a prayer/send energy to the Universe.  Closure is hopefully coming soon.